Expert (in the eHal series)

Hal Thompson is a fictional character who makes his initial appearance in the comedy web-series McCourt's in Session as one of the plaintiffs.[1] The character is portrayed by Aaron Yonda.

Hal made his first major appearance in the show Fun Rangers as a protagonist and played an important side character in Chad Vader: Day Shift Manager. He has also appeared in many other Blame Society Films series including his own spin-off series eHal with Hal Thompson, and Complete Idiot. Hal Thompson has his own Facebook page managed by Aaron Yonda which can be found here. His Twitter page can be found here.

Throughout his many appearances, Hal has appeared with his signature long greasy comb-over, and his large pair of square eyeglasses. He is known for his eccentricity, dim wit, unenthusiastic way of talking, and his obsession with goats, live chickens, and "a miniature couch for obvious reasons." In the series eHal with Hal Thompson, Hal debuts as "an expert" and stars in how-to videos answering the audience's questions. He has also started a series called Hot Seat with Hal Thompson interviewing local celebrities in which he is a self-claimed "certified expert."

Hal is the owner and "special baby friend" to Baby Cookie in the Chad Vader series.

He also has a GoFundMe page to raise money to "summon a demon."[2] 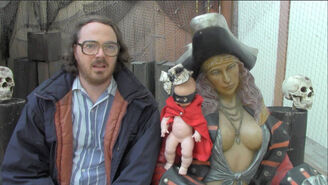 Hal at a renaissance fair 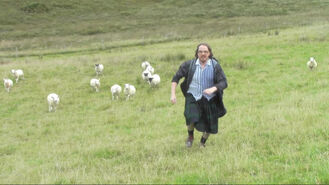 Hal being chased by goats in Scotland 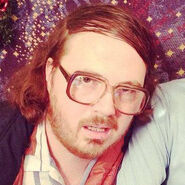 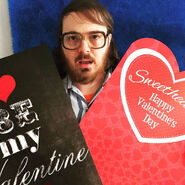 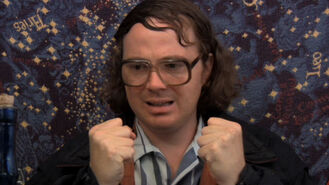 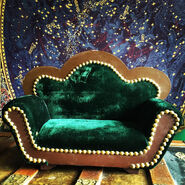 A miniature couch for obvious reasons 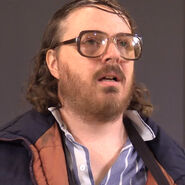 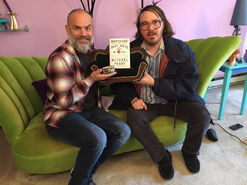 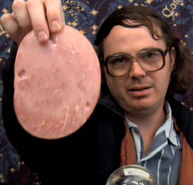 Hal showing off his ham
Add a photo to this gallery

Retrieved from "https://blame-society-films.fandom.com/wiki/Hal_Thompson?oldid=336"
Community content is available under CC-BY-SA unless otherwise noted.